FOLLOWING IS A SHORT EXERPT FROM A PAPER BY DRS. ANDERSON & ALLEN

The lake reached an elevation of 1890 m and a surface area of -1100 km2 at least five times during the last glacial maxi- mum (LGM) and again shortly after 14,000 yr BP.  Age relations and stratigraphic evidence indicate that the lake rose and fell rapidly, in some cases within several decades (Allen and Anderson, 1993), suggesting that climate was punctuated by rapid increases and decreases in the supply of atmospheric moisture reaching the western interior of North America.

Lake Estancia disappeared completely after ca. 12,000 yr BP, leaving a single 400-km' playa on the floor of the basin. Desiccation capped the playa surface and underlying sequence of lake beds with a white, half-meter-thick layer of gypsum and magnesite.  Some time after the episode of drying, a perennial lake reappeared in the Estancia basin. The returning lake overrode gypsum sand in what appears to have been a dune field that developed on the floor of the basin, reworked the sand into beach ridges, and left evidence for a final highstand in one of the easternmost pluvial lake basins in western North America. We have indirect and limited evidence for the age of the final lake stand, which suggests that the last highstand in the Estancia basin could correspond to the Younger Dryas (YD; 11,000 to l0,000 yr B.P; 12,500 to 11,300 cal yr B.P.) climatic episode.

Eolian landforms on the old lake floor, constructed from gypsum sand, appear to have survived rising lake waters and currents in the shallow lake, suggesting abrupt changes in lake level. Here we present geomorphic and stratigraphic evidence for eolian deposition and subsequent modification by subaqueous processes and propose that the final highstand represents the last in a series of pulsations in the supply of atmospheric moisture to western North America. 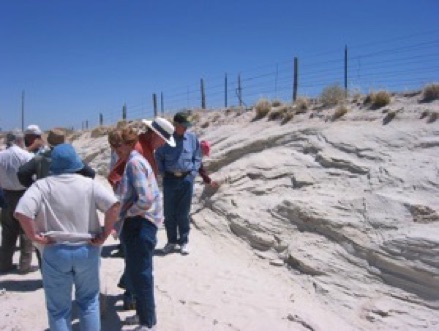 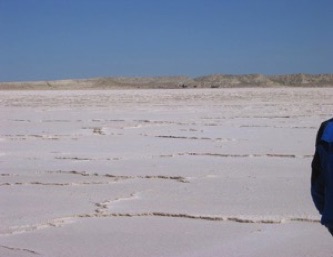 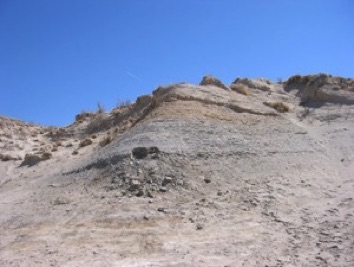 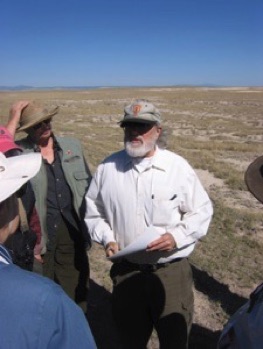