Dr. Carol Sullivan of Estancia recognized the importance of making the Estancia Valley community aware of the historical value of artifacts and archaeological sites. She arranged for Joseph Tainter, National Forest Service Archaeologist, to speak at the Star Theater in Estancia on March 24, 1988. His topic was "Why Civilizations Fail."

Those who attended the lecture were invited to join together to do some archaeological work at Pueblo Blanco (Tavira) in Torrance County. In October of that year the volunteers worked with the National Forest Service mapping pot hunter destruction, pulling weeds, setting stakes and general surveying of Pueblo Blanco. Later the NFS fenced the area to reduce destruction of the site.

After several months work by Doug Johnston, Waynette Burnett, and Jerry and Marion Shaw, the Torrance County Archaeological Society became affiliated with the state association in January of 1989.

According to the by-laws accepted at the March 17, 1989 meeting, the purpose of the TCAS is to:

• Preserve and protect prehistoric and historic remains of this region.

• Educate members and public in archaeological and ethnological fields.

• Encourage the publication of research results of the Society.

Cooperate with other scientific institutions, especially the programs of the Archaeological Society of New Mexico and its affiliates.

On March 7, 1999, the Torrance County Archaeological Society celebrated its tenth anniversary with an open house at the Estancia High School Library from 2:00-4:00 p.m.

Vice-President Linda McConkey was the official greeter. The refreshments table was decorated with "dig décor"—black plastic table cover, metal buckets, trowels, etc. A copy of the TCAS project, "Initial Survey and Identification of Endangered Archaeological Sites and national Register Eligible historic Properties for Portions of Torrance County, N.M." and a photo collection of past activities were on display. Videos of field trips were on display throughout the afternoon. A shirt was donated by Waynette Burnett for a raffle and was won by Brahaim Hindi for his daughter, Samia.

A short program was held to recognize the original members who were present, and commemorative tile coasters created by Sun Tile were awarded to the most influential organizers—Doug Johnston, Phillis Davis, and Dick Bice. Coasters were also presented to the original members still active in the TCAS—Waynette Burnett, Joy Jones, Jerry and Marion Shaw, Roy and Linda McConkey; and to Sharon Hanna and John Hayden for their contributions to TCAS. A special presentation was made to John (Nim) Scott and Brahaim Hindi for their assistance with various projects for TCAS.

The emcee for the evening was Sharon Hanna.  Throughout the meeting drawings were held for door prizes of extra copies of library books.  John Groh and Leslie Chavez conducted these drawings.

Special honored guests were five people who were among the founding members of the group in 1989:  Larry and Waynette Burnett, Jerry (absent) and Marion Shaw, and Roy and Linda McConkey.  Waynette and these people held an informal discussion of when, why and how TCAS was organized.  Among other items of discussion, Marion Shaw was recognized for her work in establishing and organizing the extensive TCAS library from the earliest days of the society.  After their discussion, the individuals were presented with special mugs made by member and TCAS official potter, Alma Wimsatt.

TCAS's most significant project to date was an effort to discover and record endangered archaeological, prehistoric and historic sites in portions of Torrance County in 1997.  John Hayden was the instigator and leader for this project, and presented information about the results to those present.

Murt Sullivan and John Hayden gave power point presentations showing pictures of some the the past activities of TCAS.

Following the anniversary program, a short business meeting was held.

January 1-September 30, 1996: The Torrance County Archaeological Society (TCAS) undertook an extensive survey of Torrance County to determine the location and condition of historic remains from a period representing the settlement/development of the Estancia Basin and vicinity from about the mid-1800’s to 1940. This project was stimulated and made possible partially by federal funds from the Historic Preservation Fund, Department of Interior, National Part Service, and through a small subgrant administered and partially funded by the State Historic Preservation Office, Historic Preservation Division, Office of Cultural Affairs, State of New Mexico.

Early 1992: TCAS was presented with an award of recognition by the National Park Service. During the Columbus Quincentennial Vivian Counts, Earl and Billye Head, John Lawrence, Linda McConkey, Marilyn Seddon, Jerry and Marion Shaw, Richard Spangler and Kenneth Taylor volunteered to work at the Salinas sites for the National Park Service so employees could go to meetings to prepare for the celebration.

"We are pleased to inform you that the Torrance County Archaeological Society has been selected by the Cultural Properties Review Committee (CPRC) and the Historic Preservation Division, Office of Cultural Affairs, as one of this year’s recipients of the Historic Preservation Awards. This award is being given in recognition of your efforts in the use of the HPD small grant to survey and identify abandoned townsites throughout Torrance County."

John Hayden, Jerry Shaw, and John (Nim) Scott accepted the award at a presentation ceremony on May 9, 1997 in Santa Fe. 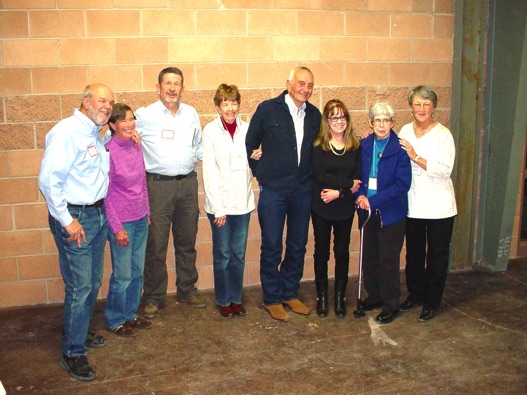 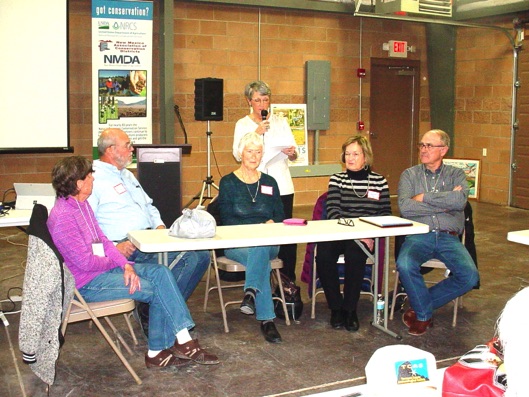